DISAVOW DIABETES
WITH YOUR DIET

Diabetes is a special metabolic syndrome related to the impaired metabolism of carbohydrates.  In most cases, it is due to the lack of response to endogenous insulin by muscle, liver, and other peripheral tissues. This is commonly referred to as Type 2 diabetes, which usually occurs in adulthood.  However, more children are presenting with insulin resistance and hence type 2 diabetes.  Impaired insulin production is likely associated with this disorder as well.

Type 1 diabetes is due to the lack of insulin production by the pancreas.  The usual underlying cause is an autoimmune disorder with antibodies attacking the beta cells of the pancreas.  Individuals with classic type 1 diabetes require exogenous insulin for survival.  We have seen several occasions of misdiagnosis of kids with type 1 diabetes who really had type 2.  There can be significant overlap between individuals who are insulin requiring (type 2) versus insulin dependent (type 1).

Individuals diagnosed with metabolic syndrome frequently have overt type 2 diabetes, prediabetes, or insulin resistance.  These disorders have a common underlying problem of intracellular biochemical dysfunction (sick cells).  They likely have mitochondrial dysfunction (causing poor cell energy production and metabolism) in part due to ischemia (poor blood flow to the cells) along with other biological abnormalities.  Studies have shown the presence of increased fat accumulation within the cells and dysfunction of the insulin receptors in individuals with insulin resistance with or without clinical type 2 diabetes. 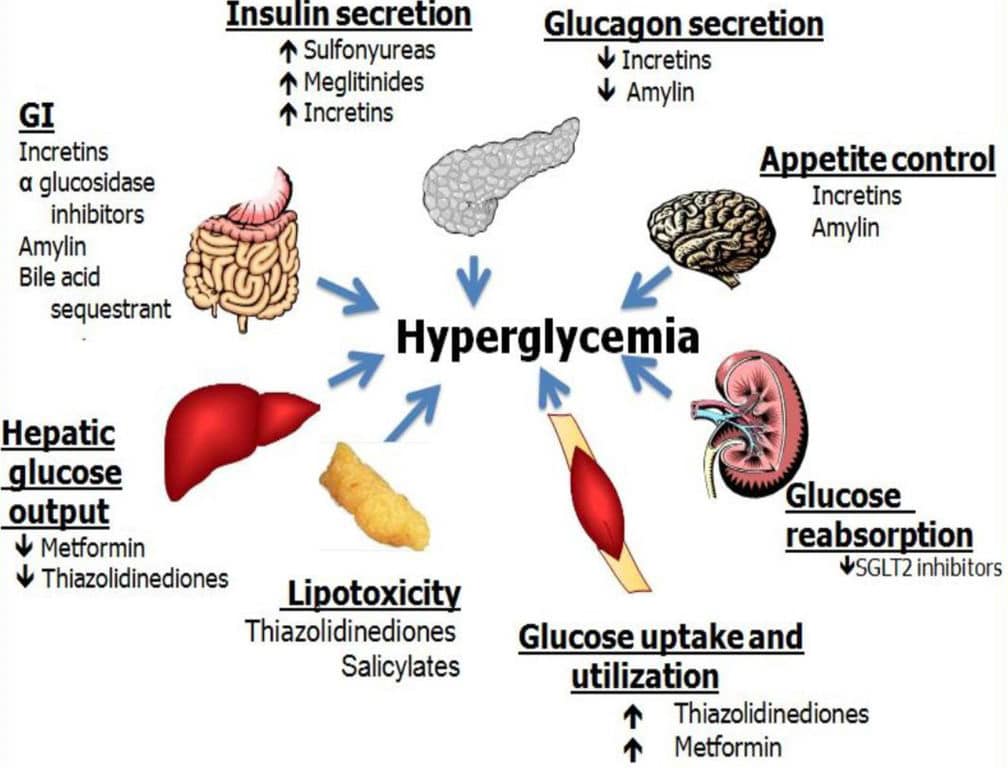 The majority of patients treated at our center have type 2 diabetes and are on medications for the purpose of decreasing blood sugar levels and hemoglobin A1C levels.  Our initial approach is to initiate a nutritional detox, starting with food levels 0-4b.  We generally rapidly wean or discontinue the medications for diabetes.  This is done to avoid hypoglycemia brought on by the medications in the setting of nutritional detoxification.  We withhold all glucose lowering medications as long as the glucose levels remain lower than 200 mg/dl.

This detoxification process is associated with close clinical monitoring for further medication weaning and nutritional compliance.

Join our online community to support you on your journey to optimal health.